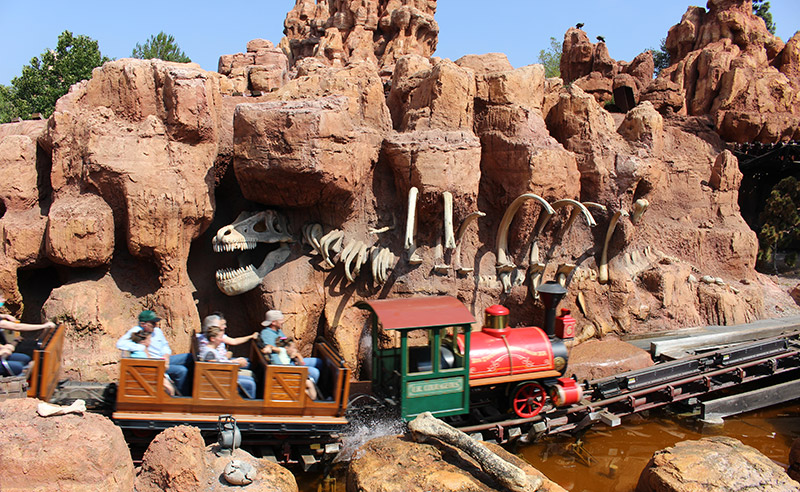 Although the details of the backstory vary from park to park, all follow the same general story arcs. Some time in the late 1800s, gold was discovered on Big Thunder Mountain in the American Southwest. Overnight, a small mining town named Rainbow Ridge became a thriving one. Mining was prosperous, and an extensive line of mine trains was set up to transport the ore. Unknown to the settlers, the Mountain was a sacred spot to local Native Americans and was cursed.

Before long, the settlers' desecration of the mountain caused a great tragedy, which, depending on the park, is usually depicted to be an earthquake, which befell the mines and town, and the town was abandoned. A man was wandering around and boarded an already moving car, interested. He was known to be quite bold and hung on tight as the train went very fast, and he had a wild ride. When he finished, he had many handfuls of gold, and proudly left with his riches. Some time later, the locomotives were found to be racing around the mountain on their own, without engineers or a crew. The Big Thunder Mountain Railroad was founded in the old mining camp to allow wanderers to take rides on the possessed trains.